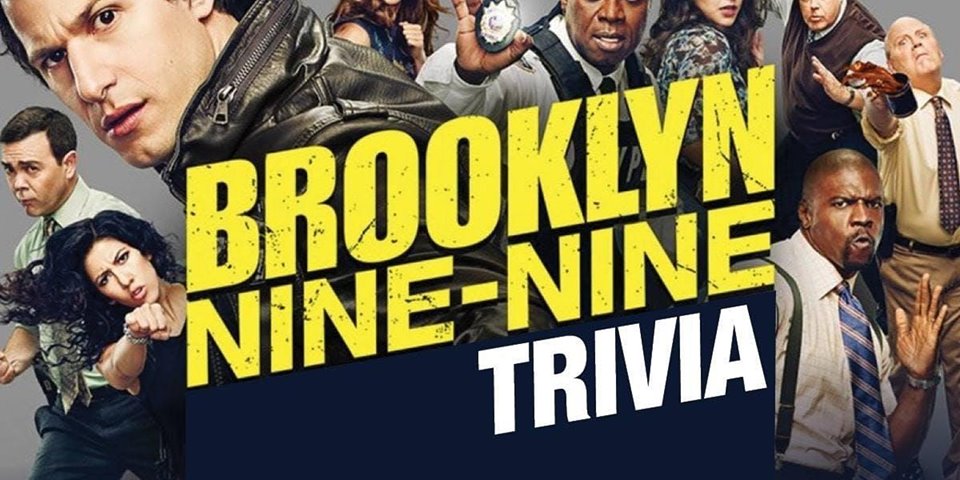 Are you Detective Right-All-The-Time? Does Taylor Swift make you feel things? Were you too pretty to see Lord of the Rings? If so, you’ll want to recruit your fellow squad

Are you Detective Right-All-The-Time? Does Taylor Swift make you feel things? Were you too pretty to see Lord of the Rings? If so, you’ll want to recruit your fellow squad of Brooklyn Nine-Nine fans and join us as Tremendous Trivia presents our latest Brooklyn Nine-Nine Trivia Night!

The show will be held at The Barley Mill Pub in Penticton, on Saturday April 25th at 7:30 pm.
The show will cover the first SIX seasons of Brooklyn Nine-Nine, not including the newest Season 7 on now, and you and your team have plenty of time to re-watch the classic episodes. The show will feature five rounds of great questions, including two visual rounds, a warm-up and a mini game in between rounds.

Dress up as your favourite character from the show in a costume contest with some of the best prizes of the night! Tickets will also entitle you to a door-prize ticket for Brooklyn Nine-Nine random draw prizes throughout the night.
Our company, Tremendous Trivia, is well-known throughout B.C. for hosting the very best trivia theme night shows found anywhere. It’ll be noice and toit, and it’ll even bring a smile on the face of Captain Holt!

So, get your table right away (maximum of eight players), as they will be snapped up faster than Terry can snap open a tub of yogurt. Be prepared to shout NINE-NINE throughout your Brooklyn Nine-Nine Trivia Night!
Click on the link to reserve your tickets!